Ok so zippers are my Achilles heel...Well, one of them anyway! Yup, there I admit it... I'm not a master seamstress (or should that be mistress seamstress?) though I do like to sew and you know what they say "Practise makes perfect"!
And because I also believe it's in the genes -granny was an amazing seamstress so some of it has to have been passed on, right?- plus with the right amount of practise, persistence and a little bit of help from experts I do honestly think it's something I can improve on and maybe even master!

From an early age I've attempted to make made my own clothes. Growing up as a punk in a Benetton pastel infused surfing town was pretty much the push I needed to start making my own clothing! It started  with basics like skirts - no zips may I add just a lot of elasticated waists, Lycra and lots of popper buttons and some safety pins too- then going on to harder stuff like tops and even a pair of stretch leggings... though I should say that if anyone had inspected my work closely that I would have been rumbled! The shoddy "freestyle sewing" I was employing worked as far as getting clothes on the body went. It was wearable but completely NOT how a dress maker would do it!

About a year ago I started a Drindl Skirt but never got around to finishing it...
I know, a year is a long time... but the culmination of putting on an invisible zipper and then finding out that the waist band was two sizes too big was too much to handle!
But in order for the skirt to fit me I needed to fix the waist band.
So back to square one because of this tiny alteration everything had gone skew whiff including the zip I had initially added so I threw a hissy fit put everything away, then after a quick cuppa and a break I decided to go back in for round two! Ding Ding!!!

What I found helpful was A) being organised: have everything you need at hand -including lots of coffee!
B) watching tutorials: on line you have a wealth of information from "you tube" to specialist sewing blogs including this tutorial on zippers!
And C) don't take it too seriously and allow yourself to fail... this way success is even sweeter when you achieve it! 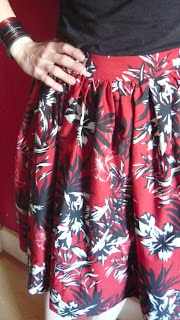 The pressure to be a domestic goddess/ sewing superstar is immense... our love for craft, sewing, making and watching programs like "The Great British Sewing Bee", "Kirstie's home made home", "Super Scrimpers" etc. etc. etc. has not only raised the bar but also created a few monsters too! By monsters I mean people like me who strive to be perfect rather then experiment and go with the flow... but I am trying to be less rigid!
Think Kaffe Fassett a truly maverick spirit when it comes to embroidery... that man is a genius and he says "stuff you traditional techniques, I'm doing it my way!" (this is not a direct quote by the way...it's more what I imagine he would say!) but what he manages to do is create things of absolute beauty without getting hung up on the actual technique but he doesn't bodge it by any means!
We have so much to live up to now and too many great people to compare ourselves and our work to so what I say is "Don't let that get in the way of your enjoyment of making what you want to make"!
It's not a contest and I'm not producing these items to sell, they are for me to wear and for my own pleasure so it's with a sticky out tongue and two fingers pointed up high to the sky that I proudly proclaim: "ZIPPER YOU HAVEN'T BEATEN ME THIS TIME!"
Plus for my first attempt at proper grown up clothes making -OK it took me a year but who's keeping track?- I think it's not too bad! Whaddya think? 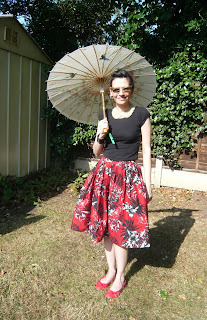 Tell us about your making adventures or what frightens the sweet crafty Bejezzus out of you and/or what projects have had you in a sewing melt down?
Feel free to share your crafting nightmares -and successes- in the comment section below! 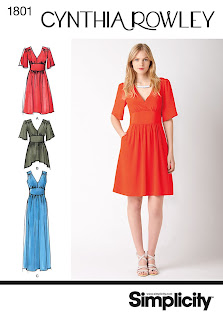 P.S. I've ordered this cute Misses Dress pattern from Simplicity so...watch this space... next step is to make a dress then watch out Milan, London, NYC and Paris...Craft Guerrilla Couture is on it's way!