The importance of pricing! 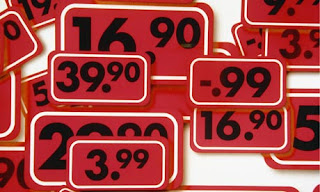 There's not a day that goes by that I'm not met with people's lack of conviction and knowledge when it comes to pricing.
Many designer makers start up their own creative "businesses" because they find intense pleasure or refuge in making which is brilliant but most of them hardly touch on the business running side of things when they're setting up or considering their business plan. Not everyone is a "Richard Branson" power house so hardly surprising!
We've all had to learn so in Mr. Branson's absence I hope my words can help you go through that road a little bit quicker and make you more aware of the "do's and don't" as well as realizing the importance of pricing your goods correctly.

So when it comes to pricing why is it that many of us get it so wrong?
One of the basics of business whether you are running a company which supplies goods or offers services is to have a clear image of who you are selling/providing to, what you are selling and what price you are selling it for. No need for pie charts or long exhausting surveys but just have a solid idea in your mind of what you want to achieve. It's easy to forget the business aspect and just get on with the fun creative side.

When it comes to hand made products there really is no other way to put this but...if it's hand made it should be more expensive then mass produced! It's as simple as that! Unless you're making "hand made" items on a conveyor belt and have a room full of Asian children stitching on your beads for you then I really do not understand how you'd think it would be OK to charge so little. 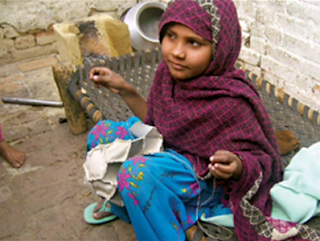 Not that it is OK to charge so little for products made with foreign labour either or to have rooms filled with Asian Children stitching anything for anyone... you should know by now that one of the foundations of our manifesto is the challenge to wean people off mass produced tat and that we find worker exploitation an absolute no no!

And so that brings me to my point...
You wouldn't exploit a third world worker so why would you exploit your own labour?
We need to be realistic and understand that by offering quality hand made goods at a fraction of similar mass produced items that it's a bad economical move.
You're not the High Street, you're not a factory and you're certainly not a chain shop so get away from the idea that you need to compete with these market forces.
What you're actually doing is pushing down the market value of other hand made goods. By adding poorly priced goods onto the hand made market you are cheating not just yourself out of a descent wage but also cheating every other designer maker which is trying their hardest to do things by the book!
These seemingly innocent actions affect other designer makers as you're pushing the hand made market into a spiraling ebb and forcing it into competition with the mass produced market! Lets face it, there is no comparing/ competition so why put it in the same bag?

So when it comes down to it and you're ready to take the next step I think it's important to decide which you are doing... is it a business or a hobby?
The times I've heard " It's only a Hobby so I don't need to make a living from it!" makes me question people's need to make or actually more precisely their need to sell.
It's not to say that a "hobbiest's" goods aren't of quality but because it's not a business they can afford to sell at lower prices and undercut other designer makers.
If you are crafting because it's your hobby why not make those same items for a charity where they can sell them in their shops to raise much needed funds for their cause? It would be a much better and healthier alternative plus you'd be doing lots of good for your chosen charity and finding a creative outlet for yourself!
But how to get it right and where can you find that information?
If you'd like to learn how to price your items there are plenty of resources on the internet that will guide you through it step by step.
Also you're local borough or council might have groups like "Women in Business", a charity run "Start Up Advice Centres"  or business course for residents and traders. 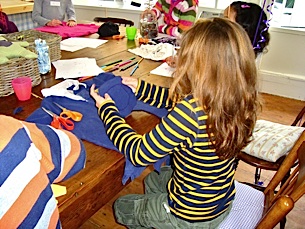 The same goes for work shop providers...price them accordingly at the going market rate. You may feel that it's in your interest to price it down a little due to location or disciplines/projects on offer which is fine but don't give it away for free. You need to work out exactly what your are using including waste material, travel (if applicable), lighting, space rental, tutor fees and even time you've spent on line adding your event to advertising web sites.
I despair when I see work shops advertised for silly money. A perfect example is after school Kid's craft work shop which I've seen priced at £2 per child which I'm sure doesn't even cover basic material costs.
If you are a charity or a social project it makes sense to have a "concession" price and a "normal" rate to cover costs and to raise funds as there might be a time when your sponsors will be less generous due to an economic turn down. If you are a charity capitalize on that! Make it obvious that you are because the people who can afford to pay the full price will be happy to do so because then they'll know their money is going towards a good project. If you serve only the targeted audience then you miss out on a whole other costumer base!
Be it goods or services...
by offering unrealistic prices it means that in the long run you're pricing yourself out of the market and everyone else too. Please think before you price!