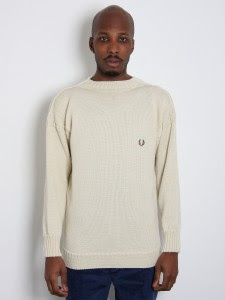 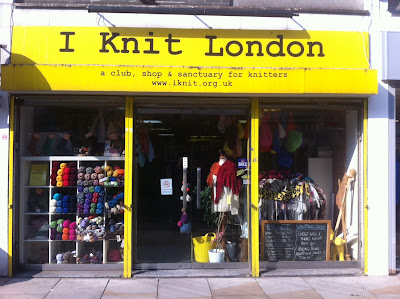 Visit Guernsey has joined together with knitting shop and community group I Knit London to launch the 2011 "iKnit_Guernsey competition". The winner will receive an idyllic break for two to Guernsey courtesy of Fly Guernsey, with £50 iKnit London vouchers available for four runners up. The winning pattern will also be published in a leading UK knitting magazine.

The contest seeks to revive the tradition for families on the island having their own, unique pattern for the iconic maritime sweater. Patterns that re-interpret this tradition should be submitted via pdf upload on the VisitGuernsey facebook page by July 4, 2011.

Gillian Lenfestey, costume curator for the National Trust Guernsey Folk & Costume Museum advised on the project: “The traditional guernsey has evolved from one of Europe’s oldest knitted garments, out of a community knitting tradition on the island that pre-dates the Middle Ages.

“Originally, each Guernsey family had is own distinctive pattern variation which would also indicate which parish they were from. The designs were passed down through the generations orally," Gillian explains.

During the German occupation of the Second World War the community on Guernsey suffered huge upheaval, and even once the younger generation of evacuees returned, many local traditions - such as the local Guernsey-French patois language and the family knitting patterns - were affected: "The guernsey pattern was saved and written down by the Federation of Guernsey Women’s institutes in 1945,” explains Gillian.

According to guernsey manufacturer Guernsey Woollens, patterns on the traditional guernsey, which developed as practical work wear for sailors, are significant: The rib at the top of the sleeve represents a sailing ship’s rope ladder in the rigging, the raised seam across the shoulder a rope, and the garter stitch panel; waves breaking upon the beach.

Those entering the competition are encouraged to creatively re-interpret the original garment, imagining how the family patterns might have looked, or would look today if the tradition had continued and evolved. However, to maintain the guernsey tradition they should attempt to incorporate the following features:
• Inclusion of the traditional box shape
• Using British [or Guernsey!] wool with four or five ply
• Pattern designs for size 10-12

The competition first prize is only available to knitters and designers able to travel from UK daily departure points to Guernsey, however anyone inspired by the idea is welcome to take part on a non-competitive basis.

Gerard Allt owner of I Knit London said:
“The fact that these jumpers went on to influence traditional “Gansy” designs all round the UK coastline is fascinating. We also loved the fact that the guernsey comes from a culture of community based knitting, which is the very thing that we are nurturing with our iknit links local knitting groups initiative.”

The competition will be judged in two rounds. Round one will comprise a paper pattern design and accompanying notes via pdf file upload. Those taking part will need to enter via the VisitGuernsey Facebook page: http://www.facebook.com/VisitGuernsey. The deadline for first round entry is July 4, 2011.

Five finalists will then be selected to knit their designs by a panel of experts including Gerard Allt of I Knit London, historian Gillian Lenfestey, Arthur Eldridge co-owner of Guernsey Wollens, and Guernsey knitter, craft teacher and iMake blogger Martine Ellis.

The final garments will be judged during UK national knitting week and announced on October 10, 2011.

What makes a guernsey a guernsey?
• Guernseys are made of single colour worsted yarn, usually four or five ply, tightly knit using fine needles [as small as size 13 or 14].
• The guernsey was originally knitted in the round, with a purl stitch to mark the side seam.
• Patterns are made up of simple knit/ purl combinations, the most elaborate of which would have covered the top half of the body and arms. Patterns on Tudor knitted stockings produced in Guernsey had names such as Turk’s Head, and Peacock’s Tail, which may have also been used on jumper designs.
• Jumpers have a boxy shape which means that they can be worn both ways; front and back (originally to prolong life-span).
• Other common features include a funnel neck, triangular inserts under the arms and at the neck edge, and side splits in the hem for ease of movement.
Posted by munano at 11:23