Cinnamon  has to be one of my favourite spices... Warm, slightly bitter and deep... like a nervous "making-up" hug when you knew you were in the right but had to swallow your pride because you love them!
I've been baking and tinkering in the kitchen since I was a little girl. At the age of 10 I was given my favourite toy, a Betty Crocker Easy Bake Oven. 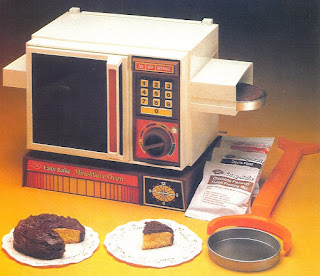 Yes thanks Betty, it was easy but also darn dangerous! The amount of times I burnt my arms removing the red hot cake tins from the oven are way too many to mention but hey, that was the 1980's so toy safety was a little bit different then but what it did was ignite my passion for baking!

The scars quickly healed but what baking gave me in return was worth every blister and burn!!!
You see baking always has a positive affect on my mood. So however down I feel taking time out to produce something sweet seems to put the world in order and my problems in perspective...
Baking can save us a whole lot of heartache plus the bonus is that you get to eat your way back to happy!


Having just returned from mum and dad's in the Algarve I thought it would be nice to share with you guys a great fuss free recipe of something I always crave when I go there on holiday.
So here's my version of the traditional Portuguese cinnamon biscuit which are more a mixture of cake and biscuit rather then a pure biscuit... they sit quite deliciously and contently between the two worlds.

I've added cardamon to add a Scandi flavour to them but for purists remove the cardamon from the recipe. You can also use butter for a richer biscuit but as I'm trying to go vegan I opted to use soya marg instead and it works pretty well. The result is a lighter, airier biscuit but still packed with tasty flavours! 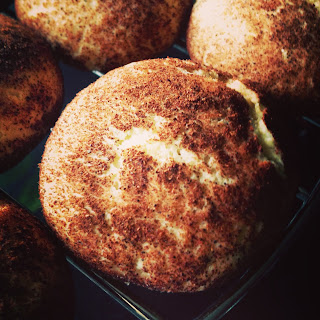 
1. In a bowl mix the egg, sugars, cardamon, margarine and flour until you get a homogeneous dough. Don't overwork or the biscuits will be quite hard. You can use a food processor for this but I found it just as easy with a wooden spoon.

2. Cover and chill for about 30 minutes.

3. Roll into small balls -about the size of a chestnut. Dust a small plate with enough cinnamon and roll your biscuits in cinnamon until completely covered.

4. Place cinnamon balls on a baking tray lined with parchment paper, leaving some space between them as they will double in size if not more.

Remove with the aid of a spatula and leave to cool on a wire rack. 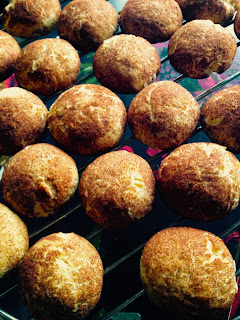 These biscuits go really well with a cup of tea, chai or coffee! Personally I love them with a strong dark espresso... but I'll let you find your perfect beverage to go with these babies!

Posted by Craft Guerrilla at 14:58

It is a very nice blog and very helpful, Thanks for sharing. Read more