So today's the day when we ask "Who made my clothes"?
On the 24th of April 2013 an earth shattering event took place in Dhaka, Bangladesh. Over 2500 garment workers lost their lives in over crowded, unsafe, and illegal working conditions in a factory complex known as Rana Plaza.
These lives were not the only ones lost as countless others who depended on the wages of these workers also paid a heavy price!
Many families were left without the sole bread winner so the number of victims is in fact far higher then the actual body count.


The organisation Fashion Revolution has marked the day through a campaign which invites consumers through social media to ask high street shops and clothing labels:
"Who made my clothes?"

Posting a photo on Instagram/Twitter might seem frivolous but in fact it's been working pretty well. So how does asking a simple question change anything? After the Rana Plaza disaster it was through social media that companies like Matalan were pressured by the public to do something about it and they did! Because of it they offered some compensation to workers and it was achieved through social media by everyday consumers like you and me... though we do think more can and should be done!
Asking questions, being interested and engaged with the world can only be good so... remember use the hastag: #whomademyclothes and tag your favourite clothing brands. Even if you don't get a response it doesn't mean that it hasn't been seen! The object of this campaign is not only to demand a change in how things are run in the garment industry but also to promote thought and discussion.

Because we've always believed in demanding fair wages and safe working conditions for garment workers this is a campaign we passionately support.
You may recall that Craft Guerrilla was born primarily because of this and our first campaign back in 2008 was to "wage war against mass produced tatt" which was our way of highlighting the exploitation and reminding consumers the cost of cheap mass produced goods.

So two years on and we are still waiting to see real and lasting changes for garment workers in countries like Bangladesh.
We know that it's going to be a long road but we're positive that things can and will change! Plus with your actions and passion for making we're sure it will be a worthwhile endeavour.
Though on a final note I'd like to add that I do not boycott these labels and companies but in stead I do ask them questions and pressure them to take a stand and implement changes where needed which will better conditions for everyone involved.
I really don't think that solely boycotting is the answer, I mean we don't want to take anyone out of a job but we do want workers to have safe, clean, humane conditions and fair wages.

By making a few items, mending what you already own, up cycling, recycling clothing and buying your new clothing from ethical brands then you will be changing things with the best weapon you posses: your wallet!

This year I decided that I'd be making more and buying less cheap fashion...
Here's my "afternoon skirt" -named because it literally should only take about 3 hours to make- as a project to remind myself of the work that goes into making a garment!
If you'd like to make your own you can find the full tutorial here:
www.blogforbettersewing.com 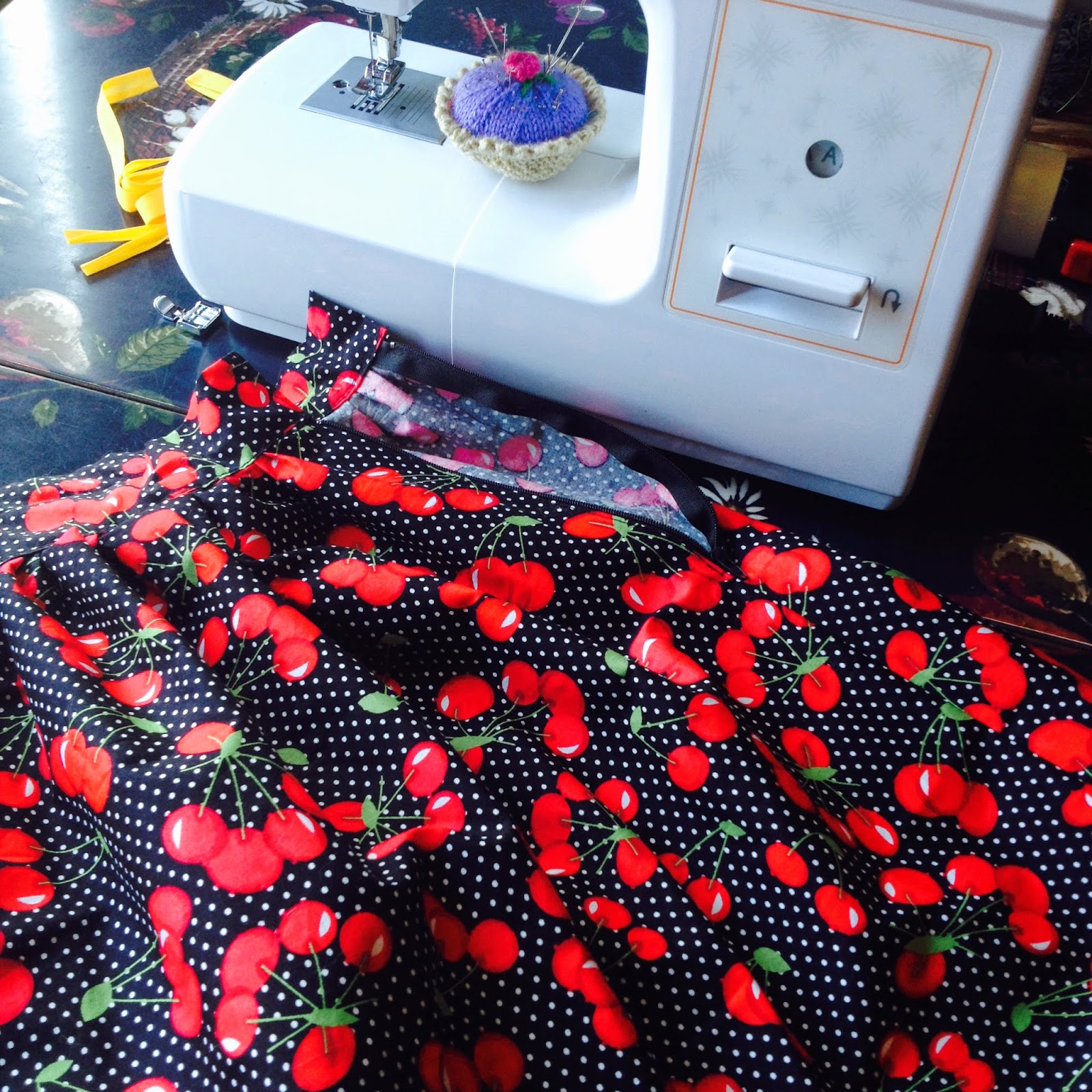 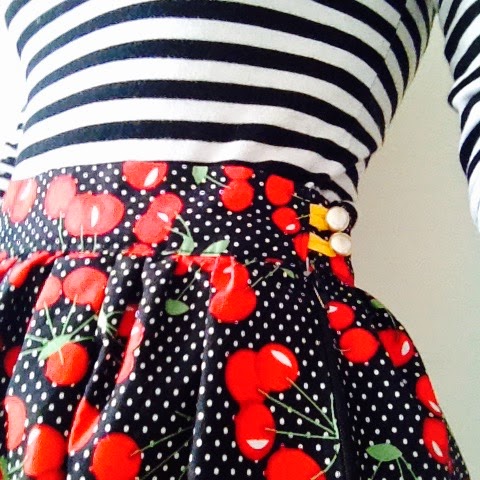 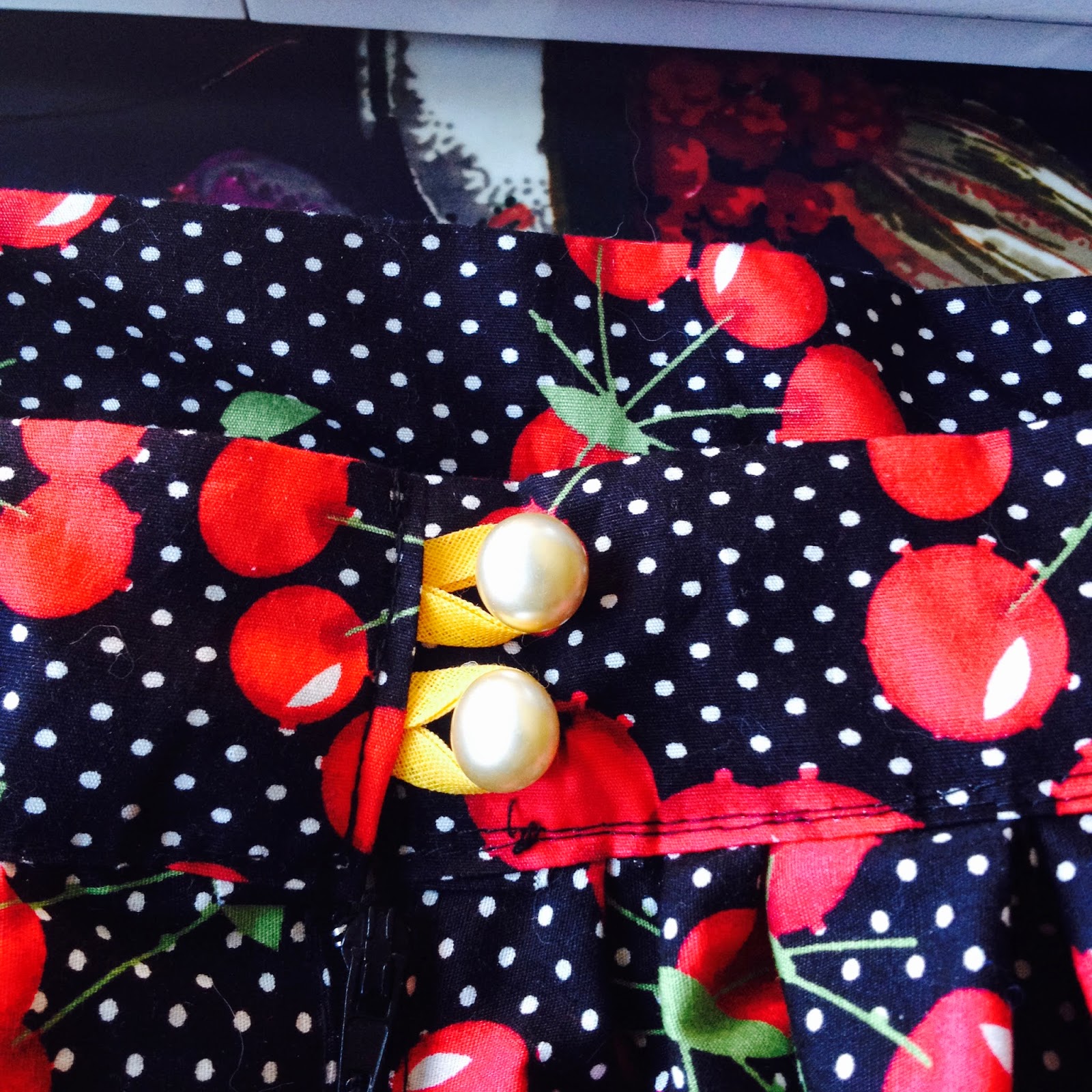 For more info on how you can be involved and check if there are any events in your country please go to the Fashion Revolution web site:
www.fashionrevolution.org

Posted by Craft Guerrilla at 16:12